Okay, soooo … most people who pick locks in prisons are generally trying to get out. But in our case, we were actually trying to get in! Yes that is as warped as it sounds. My old flat in Christchurch was built inside the original prison walls of the Addington Prison. But the old Victorian era prison block was still there, albeit abandoned, awaiting development. The prison block was built in 1874 and named the Mountfort block after it’s architect Benjamin W Mountfort.

My flatmate’s and I discovered one day that one of the access doors to the prison was, er, accessible, ie: if you jammed a credit card in it then you could pop it open 😛 Through trial and error we found that by tracking along one of the walls you could bypass the security system and gain access to the main prison hall and all of the cells. We did this at about midnight and only had our cell phones for lighting! It was totally freaky as we couldn’t see jack, and there were mice and all sorts of creepy crawlies around. We methodically went through each and every cell, seeing what we could find, most had some rather boring doodling by former inmates, however cell number 28 was quite spectacular. It had lots of drawings by an inmate called “Willy Two Worlds”. He was apparently serving a life sentence for killing his mate for stealing his shoes! As you can see by the photos, some are just funny looking cartoons, but others were quite sick and twisted. Later on we found more of his artwork in the isolation cell underneath the guards quarters. 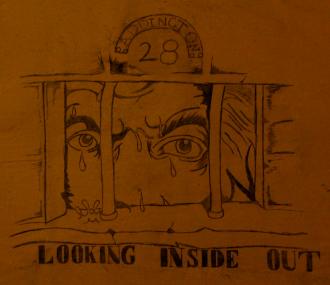 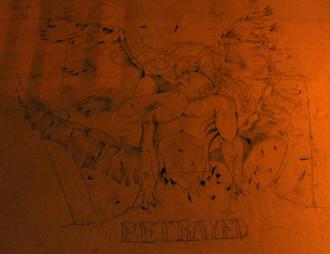 One major lesson to be gained from this trip, was that Victorian prisons are not a place to go for a holiday! The rows of stainless steel toilet bowls with barely 15 cm between them and no walls would be a little disconcerting. Popping a squat shoulder to shoulder with a bunch of hardened criminals is not my idea of fun! 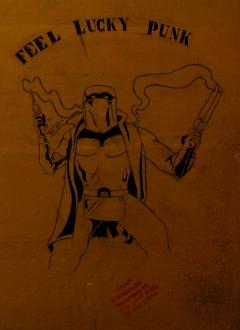 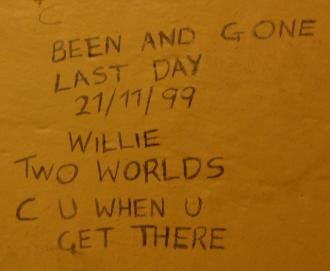 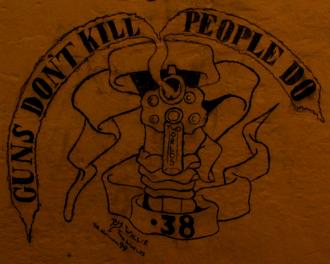 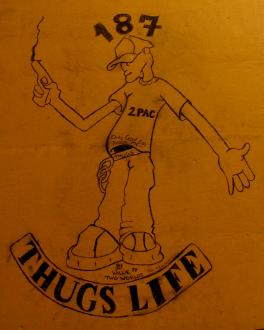 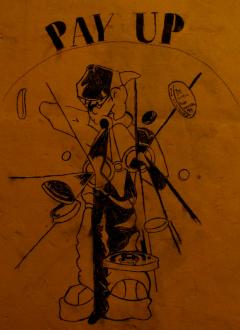 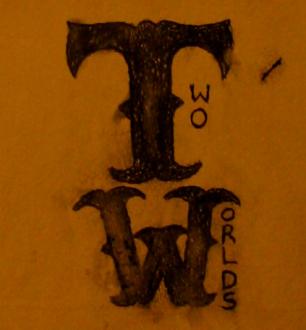 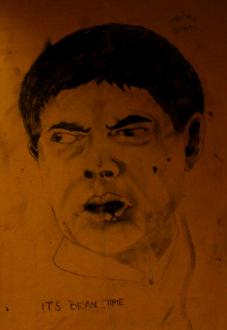 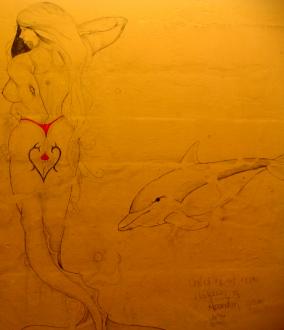