Some dear friends of mine died recently. They were on the back seat of my car when it was callously torched 🙁

This is Muncher, he was born at the Cookie Time factory and lived a short but exciting life, taken around the West Coast of New Zealand with Anna and myself. He also made excursions to the Catlins and Invercargill. 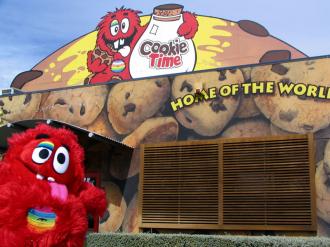 This is Cartman, he lived most of his life in the rear window of my old Honda Civic. He then camped out in my parents basement on top of their TV set while I went to Canada and then inhabited my Toyota Corolla till his brutal death. Cartman visited most of New Zealand including Palmerston North, Wellington, the West Coast, and every ice and inline hockey rink in the South Island. He was well known for wearing the pimp hat which Mary Mintel and Kerry Perkins made for me. 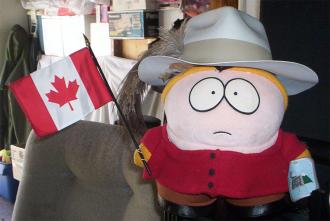 The hat is an interesting story in itself! Mary, Kerry and I hunted high and low for a suitable feather to stick in it for me to use as part of my pimp costume for Stephen Brassett’s 21st party. Luckily we found one in a very nice feather duster.