During the Christchurch Aardwolfs Southern Migration we stopped off at the Manorburn dam to see what the ice was like. We expected to see nothing but water, but a slither of ice on the bottom basin was enough to give our resident

ice expert Clive the hope to have a crack at skating on the top basin. So we trudged up the valley and had a gander at the ice up there. Apparently there was enough ice in the middle to skate on, but getting their proved a tad treacherous! 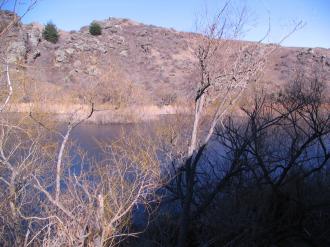 Ted had a decent crack at standing on the ice but kept dipping his foot into the water. He even clambered over a branch like a monkey to reach the ice further toward the center which looked skateable, but couldn’t quite make it far enough from the shore. 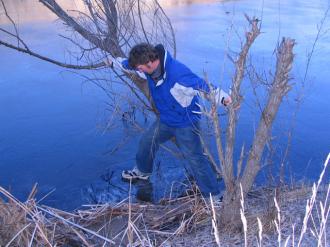 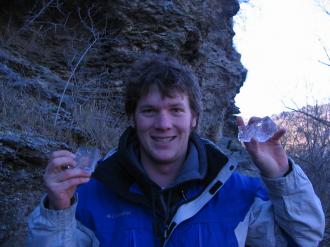 Clive also had a crack at getting on the ice too, but even with the help of a branch to distribute the load, he still kept breaking through the ice. 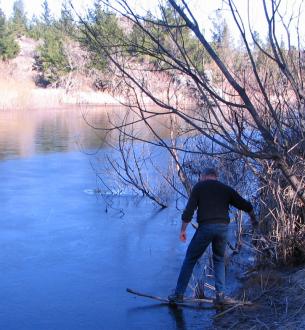 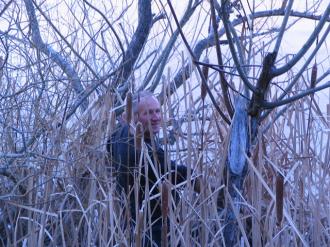 In the end, we gave up and instead spent yonks trying to sink a glass bottle which Craig kindly hurfed onto the middle of the channel. Numerous rocks later the bottle was smashed, but still sitting on the surface unsunk. Hopefully our aim with the puck is better than our aim with a rock 😛 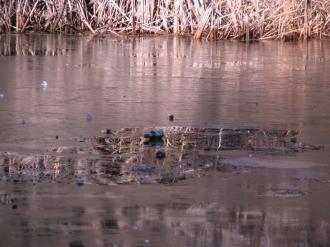