I’m out of action from playing sports at the moment due to my silly shoulder popping it’s self out of the socket again 🙁 But the chemistry department soccer team said they were usually short of female players so I dragged along Becky Brassett to help them out. The games are played 9 a side on a field hockey turf. Here are some photos I took at the game.

Here are some demonstrations of why NOT to play soccer on a sand turf!

First up, Graeme trying to get the ball by running through his opposition. 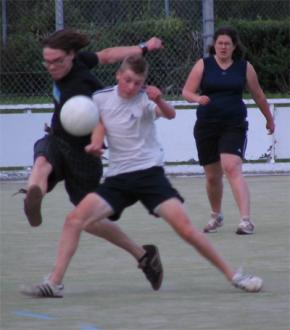 Next up, a girl from the opposing team wipes out quite spectacularly trying to change directions. 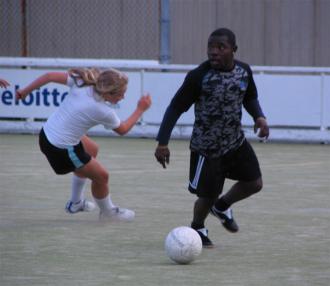 This aint track and field … 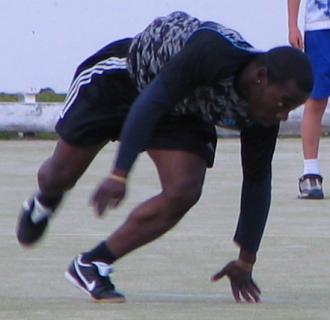 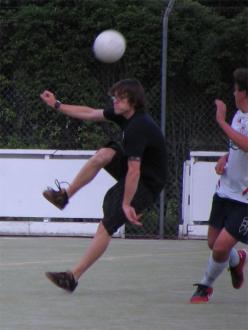 The next photo is a demonstration of why being spectator is not safe either, this blindingly quick curving kick from Becky almost hit me. 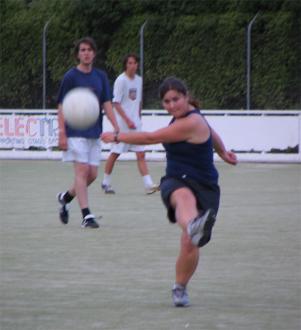 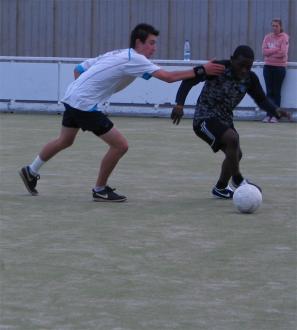 They were playing with a special levitating ball. If you don’t believe me, here’s the proof … 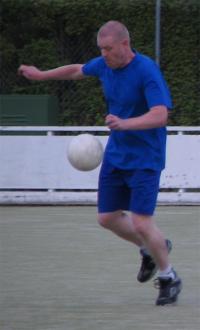 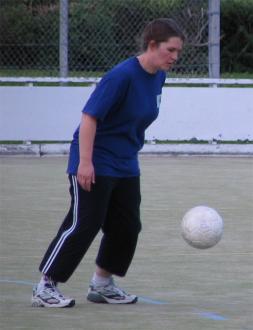 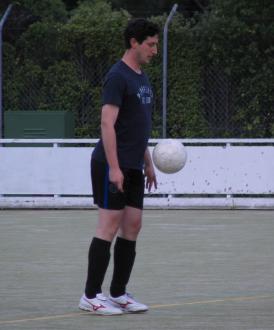 Nigel Alefosio did a stunning job in goal. 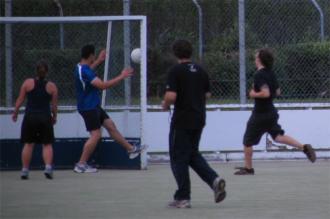 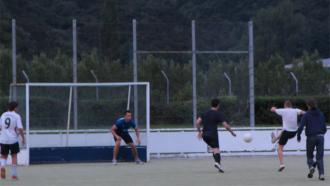 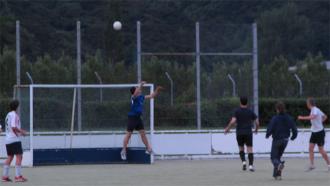 The opposition team were quite a bit smaller! 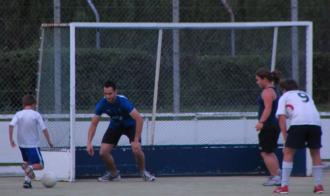 But they could still kick! This one didn’t get in. 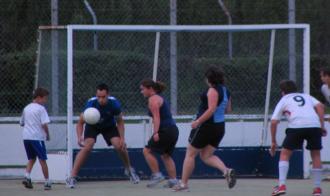 But this one when Nigel subbed off did … 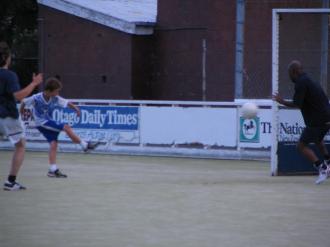 Here are some pics of my lab mates Frederick from Germany and Worku Gobeze from Ethiopia. 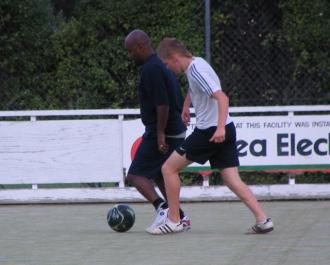 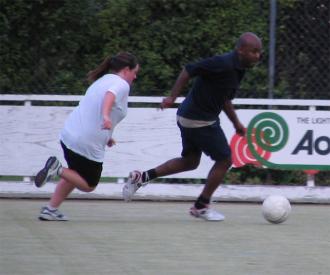 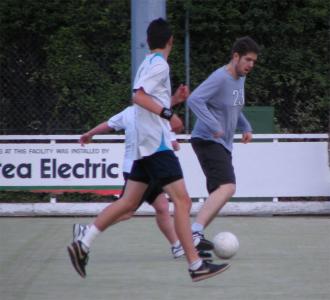 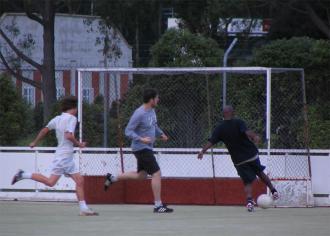 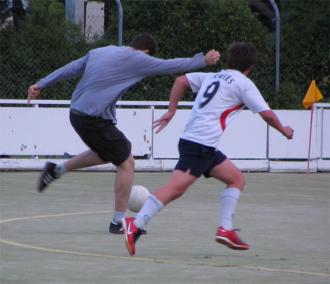 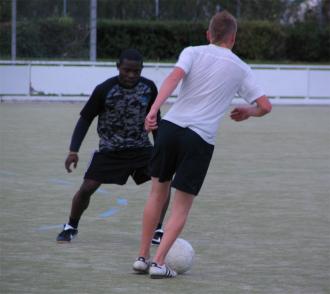 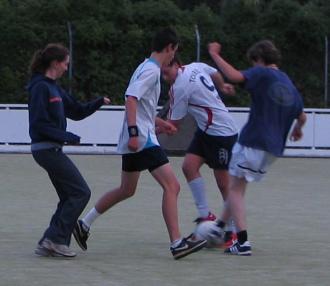 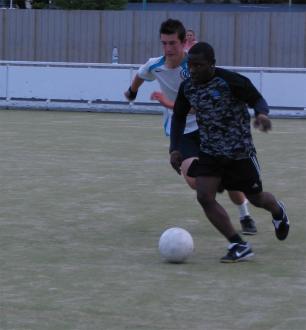 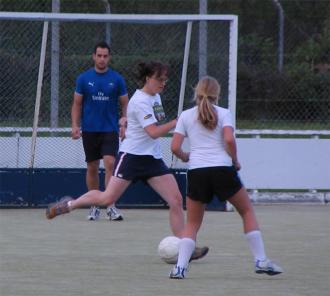 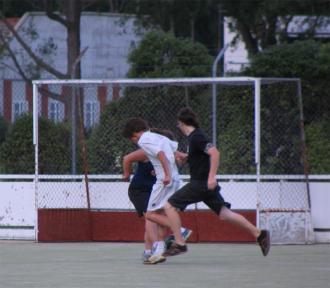 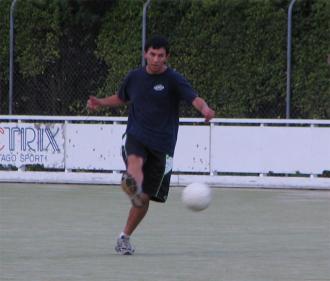 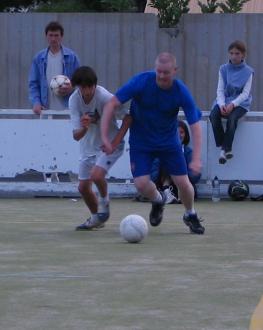 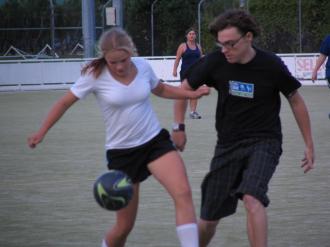 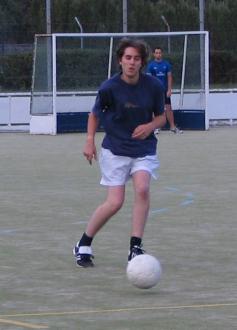 One thought on “Soccer”