After traversing the Rhine, Vicky, Vikas and I headed north to Cologne. We didn’t spend much time there, but the huge Cathedral in the middle of the city sure is an impressive site. Construction started in 1248 and didn’t finish until 1880! It was the tallest man-made structure in the world until 1884. 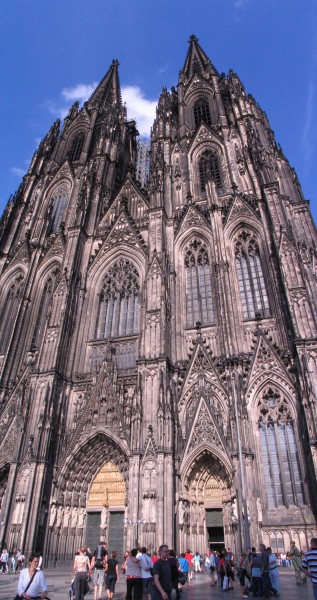 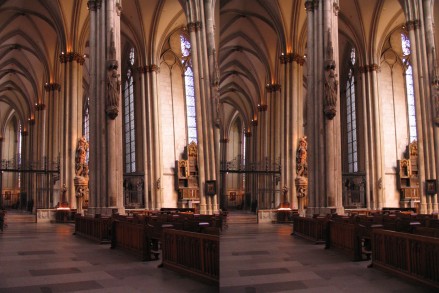 3D image of the inside of the Cologne Cathedral 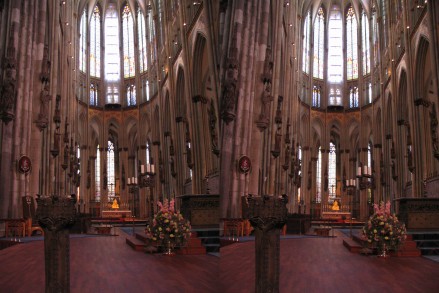 Another 3D image of the inside of the Cologne Cathedral

Cologne was decimated after 262 air raids by the Western Allies during World War II. By the end of the war essentially all of Cologne’s pre-war Jewish population of 20,000 had been deported or killed. The photo below shows the devastation of the city. 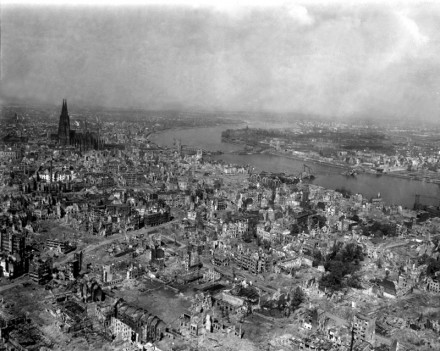 Cologne in 1945. To see the full devastation in detail, view the high resolution version. Thanks to Wikipedia for the photo (which I obviously did not take!).