My lovely friend Nadia (the original English one, not the Norwegian one), decided to try beer for the first time. She however made the n00b mistake of deciding to try cheap nasty Norwegian alcohol free beer. This was never going to go well. I insisted she needed to try proper alcoholic beer, preferably from Germany, Belgium or the Czech republic. I don’t think I’ll ever get her to try alcoholic beer, so since I was in Germany where they seem to serve alcohol free beer in every bar, I decided to have a bash at comparing two supposedly identical beers to see if it were actually possible to get a drinkable alcohol free beer.

I found a bar in Berlin which served one of my favourite brews, Erdinger Weissbier, alongside it’s alcohol free equivalent, Erdinger Weissbier Alkoholfrei. The bar tender served them both up in identical glasses and didn’t tell me which was which. One had a distinct wheaty hoppy taste, the other tasted like Weissbier and got me drunk. Conclusion … even high quality German beer tastes bad when it’s alcohol free. 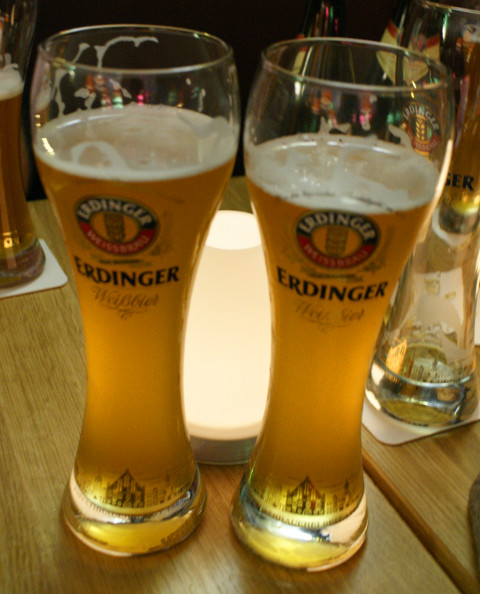