My friendly tour guide in Berlin kindly suggested to us all that we never try the local brew, called a “Berliner Weisse”. He claimed it was supposedly a horrific abomination of beer and should never be consumed by anyone.

To me, that felt much like telling me not to press a big red button. I must press the big red button! In this case, the big red button was a rather horendously bright red coloured beverage. It was spiked with a pungent raspberry taste. I actually like raspberry, but my tour guide was definitely correct. Beer and raspberry do not mix 😛 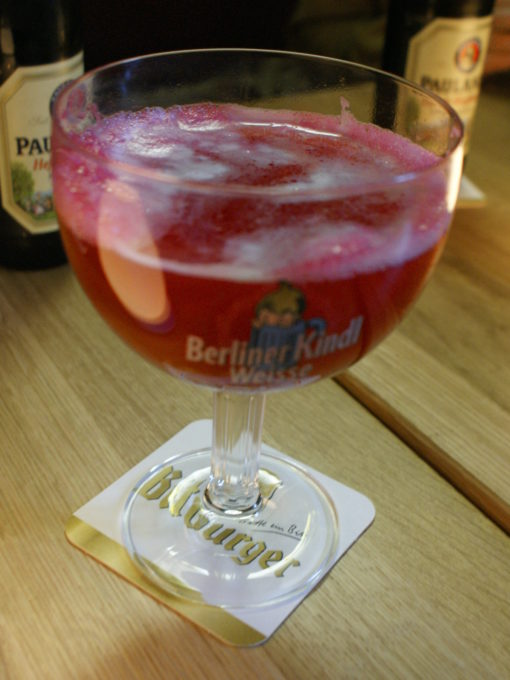