I rescued my best childhood friend, Ted, from my parents place. According to my mum, I was very upset that he had no pants, so my mum made pants for him and gave them to me for Christmas 😀 Later on, she made him the little Greatest American Hero suit which he is still wearing today 😀

His official name was Hot Dog, but he was always known as Ted.

We went on many adventures together. He get lost in Arthur Barnetts, and wanted to be like the guy from the Greatest American Hero, so I used to throw him across the room so that he could fly. 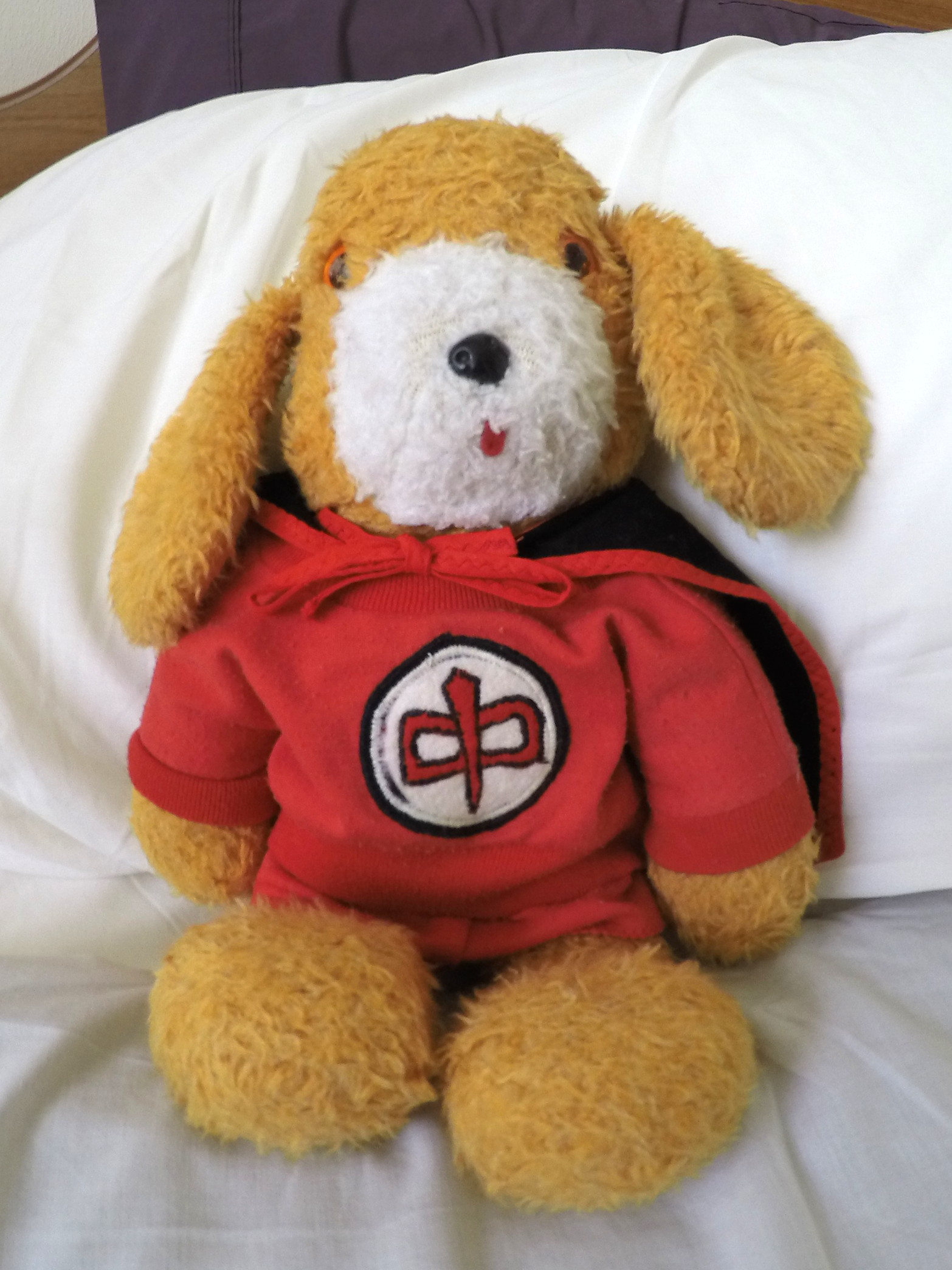