Lisa, Jon, Vicky and I visited one of the oldest prisons in Hobart. There were lots of creepy things to see including this scary ghost of a beautiful woman, for some reason she looks oddly familiar. 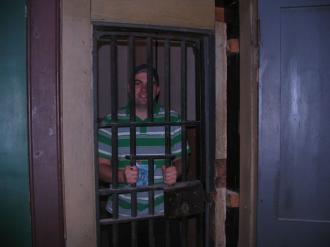 The stones in the floor which the prisoners stood on before heading up to the court room showed just how long the prisoners were required to stand down there before sentencing. The stone blocks of the floor had ground out dents in them from the ball and chains the prisoners wore wearing whilst standing down there. 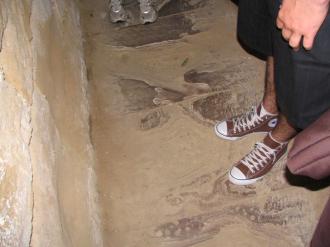