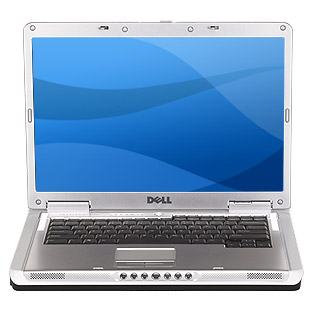 Dell have released a new high tech pedestrian safety device. They are calling it the “Dell Inspiron 6000”. It features a hard outer casing and a protective LCD screen to take the brunt of any impacts pedestrians may face due to vehicular collisions.

I tested out this new device this morning. I placed it in my backpack and headed off to work, then whilst crossing the road a crazy women crashed into me from behind, sending me tumbling across her bonnet. I landed splat on my back on the road. My trusty Dell took the brunt of the impact and I was able to stand up unscathed 😀 The only injury I have is a sprained ankle which wasn’t protected by my computer. And guess what! The computer is still working and I’m posting this message on it right now 😀

Apparently the little green man was indeed flashing when I crossed and the lady who hit me is in a whole lot of trouble. She will probably be charged with careless driving or careless driving causing injury. My computer will live for another day – and thankfully so will I!

EDIT: Thanks to my cousin Alison Petrie for the following photos (she saw it happen).

There were two ambulances, a fire truck and two police cars. Kinda overkill for an itty bitty test of a new safety device, but anyhows … 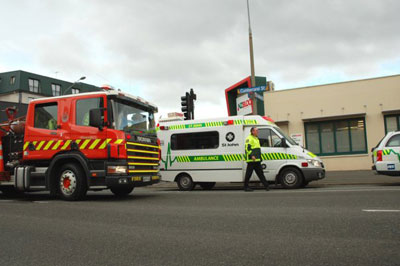 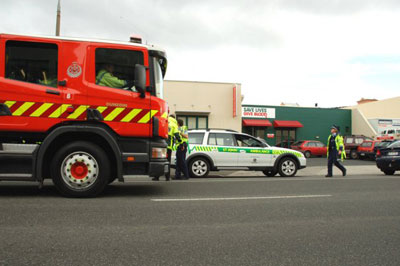 The woman on the right is the one who drove into me. 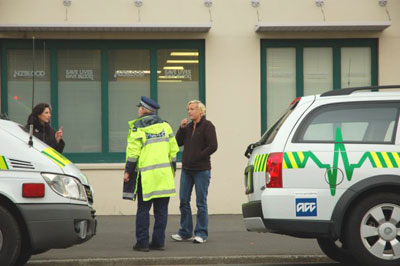 EDIT: It also turned out that I was badly bruised behind my knee. The woman who hit me lost her drivers license for six months and was fined for $250 for her failed efforts to remove me from the gene pool.