What an awesome place! People everywhere, nice weather, lots of stuff to see and lots of stuff to do. I could totally live here 😀 Although I suspect the cost of living would be astronomical unless you lived way out in the wop wops. 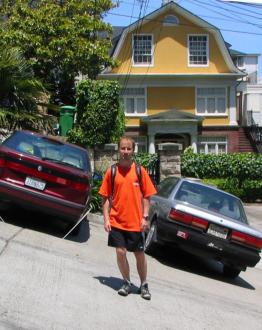 There’s some seriously steep hills in San Francisco. The photo above is of me standing on the steepest one. They’re still a little shy of the gradient of our mighty Baldwin St in Dunedin though. 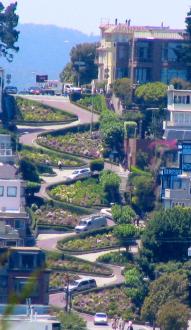 They do have the worlds crookedest street in San Francisco though. People have skated down it before, I considered trying, but there was too much traffic and surface was made up of horrible knobbly cobble stones.