The field hockey team I usually play for (The Soft Sticks) had no opposition at our last game. So they played a game amongst themselves while I took some piccies from the shade on the sideline – I’m still recovering from a dislocated shoulder. The temperatures were searing (26 deg. C I think) so there were some very hot looking pink hockey players by the end of their game. 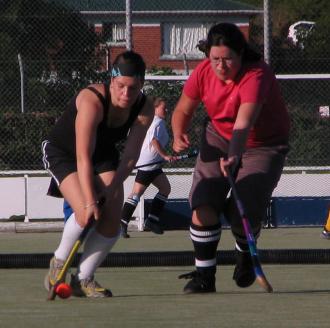 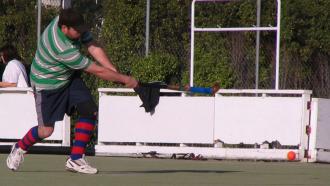 Jonathan Kitchen firing off a shot 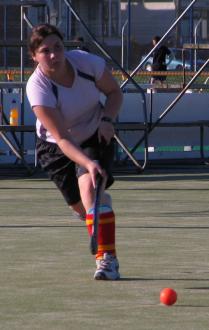 Rebecca Brassett in her first game since she was 12! 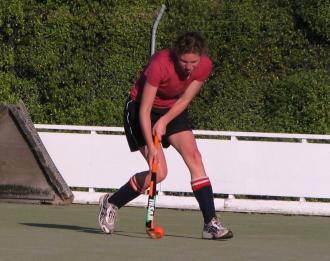 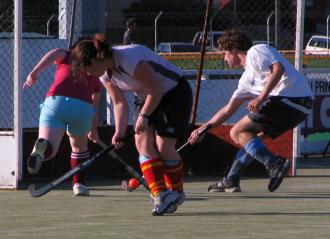 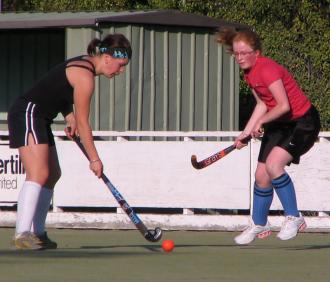 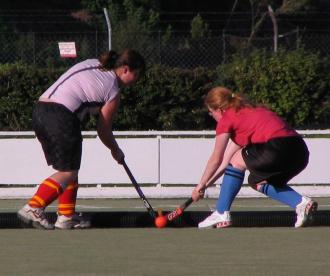 Rebecca Brassett and Kara Ross battling for the ball 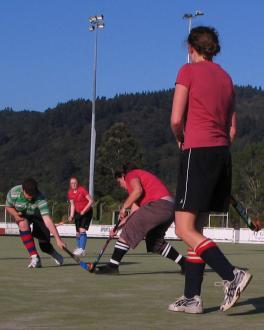 Jonathan Kitchen and Natasha Munro battling for the ball 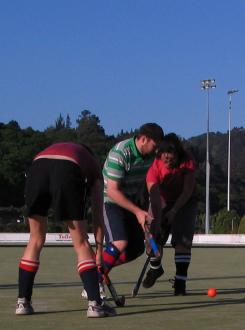 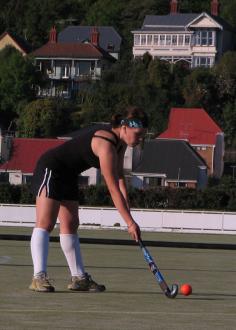