The last time I came to Berlin I only saw a small section of the former wall separating East and West Berlin. I was told by others that I should look for some of the better preserved sections, so I went on a walking tour around the major Berlin wall sites.

There is a line of bricks marking the route of the former Berlin wall. 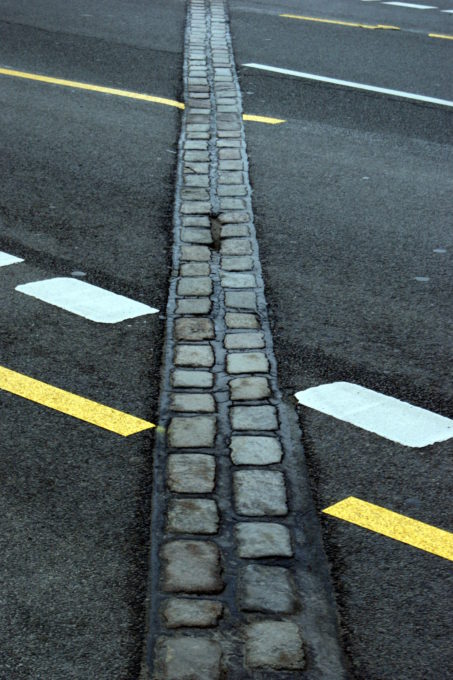 This is a preserved guard tower. These towers were used to keep an eye on the death-strip, a small section of land kept open on the eastern side of the wall in which people found entering it were shot on sight. 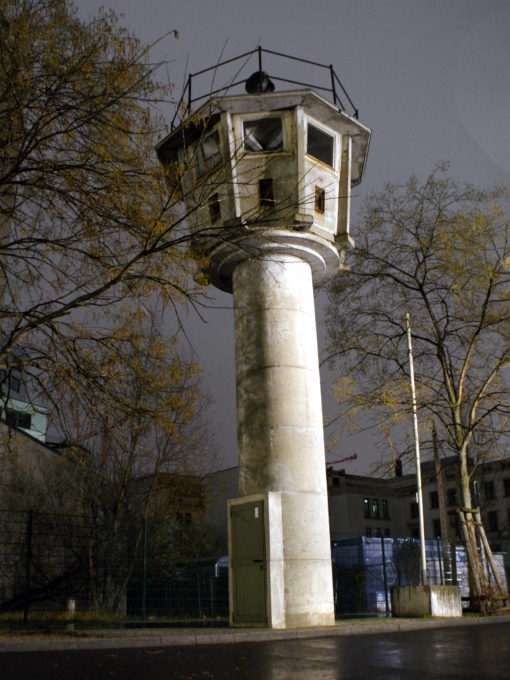 There is a section of the death strip which has been preserved. This photo was taken through a small gap in the concrete, showing what those who attempt to scale it would have seen before being shot to death as soon as they scaled (or attempted to scale) the wall. 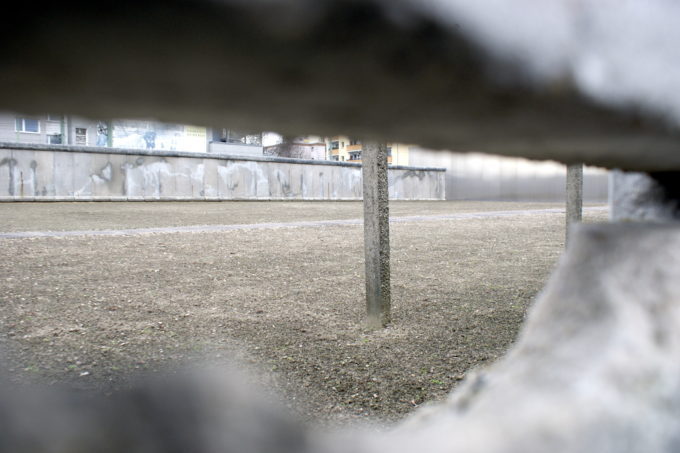 Gunter Liftin was the first person to be shot to death attempting to escape from East to West Germany via the wall. 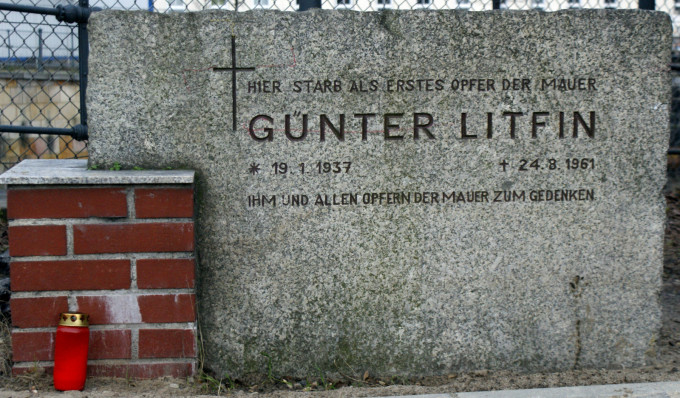