I went on a bike trip from Berlin to Beelitz-Heilstätten, an abandoned military hospital. This was where Adolf Hitler was unfortunately repaired after having his ball blown off during World War 1. Later, it was used as a Nazi military hospital, and afterwards served as a military hospital for the Soviet Union until the 1990’s. Now it is simply a collection of spectacular ruins. 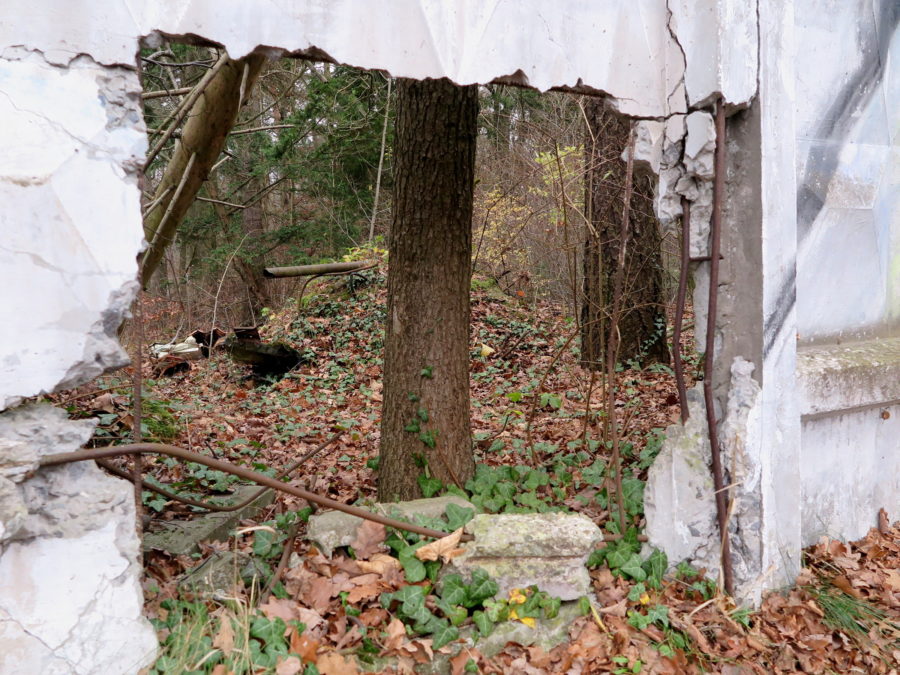 The view through an outer fence into the Beelitz-Heilstätten grounds. 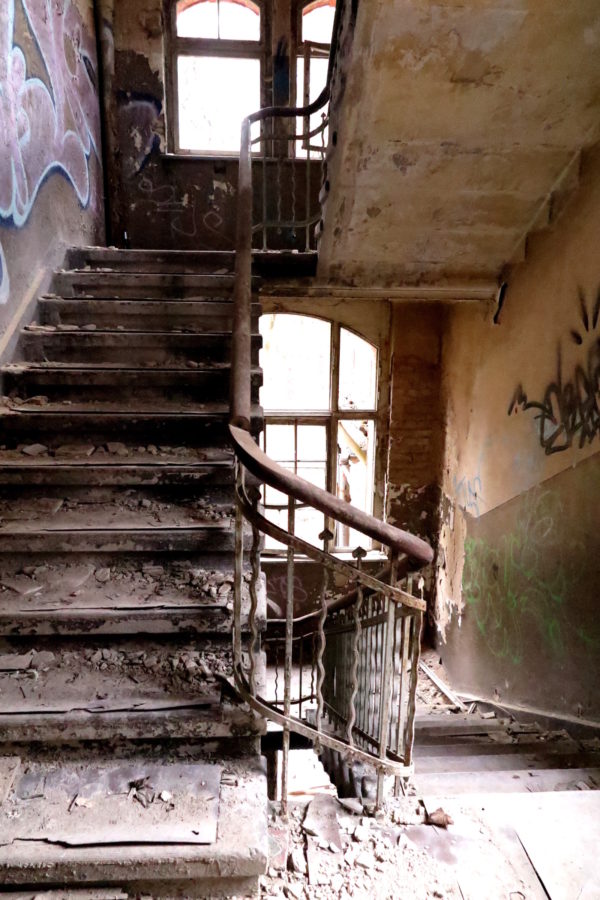 Stairs. Most of the stairs seem fairly stable, but explorers should be darned careful. 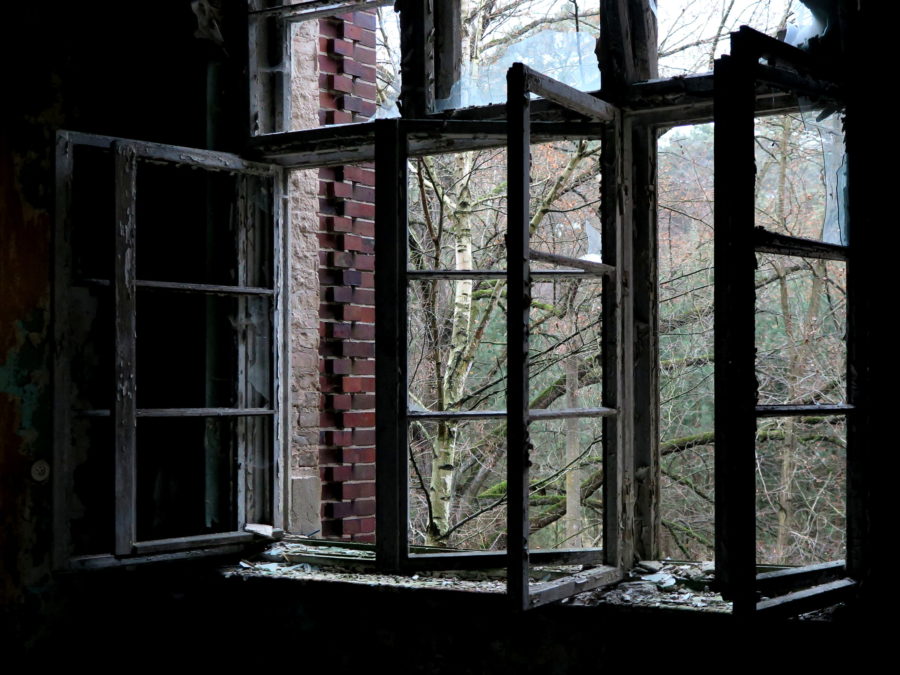 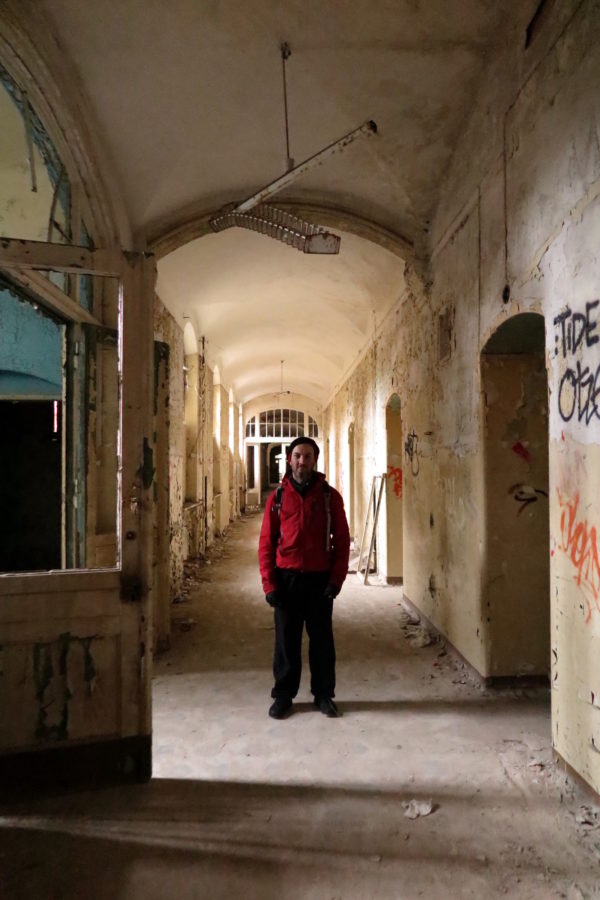 Me standing in a hallway. Thanks to Hanna for taking the photo 😀 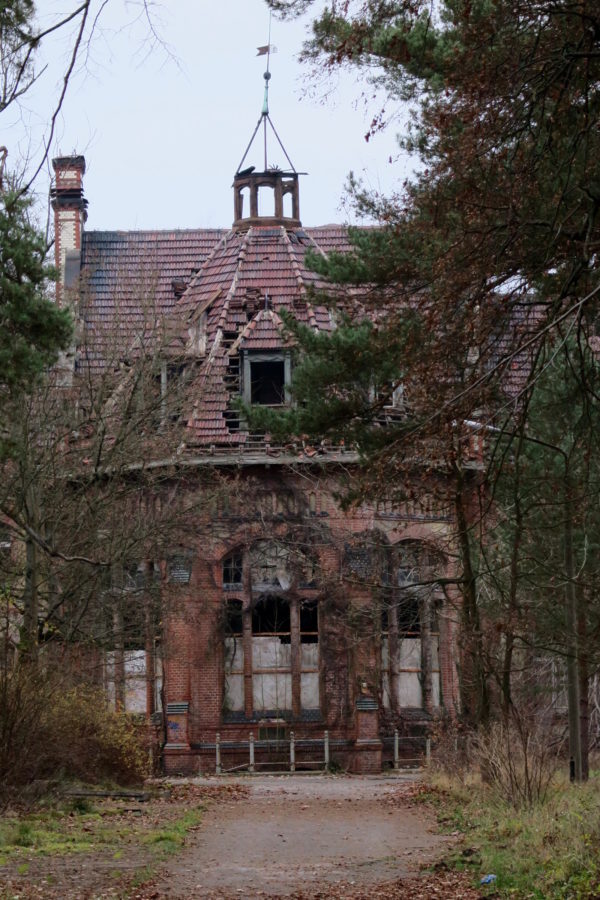 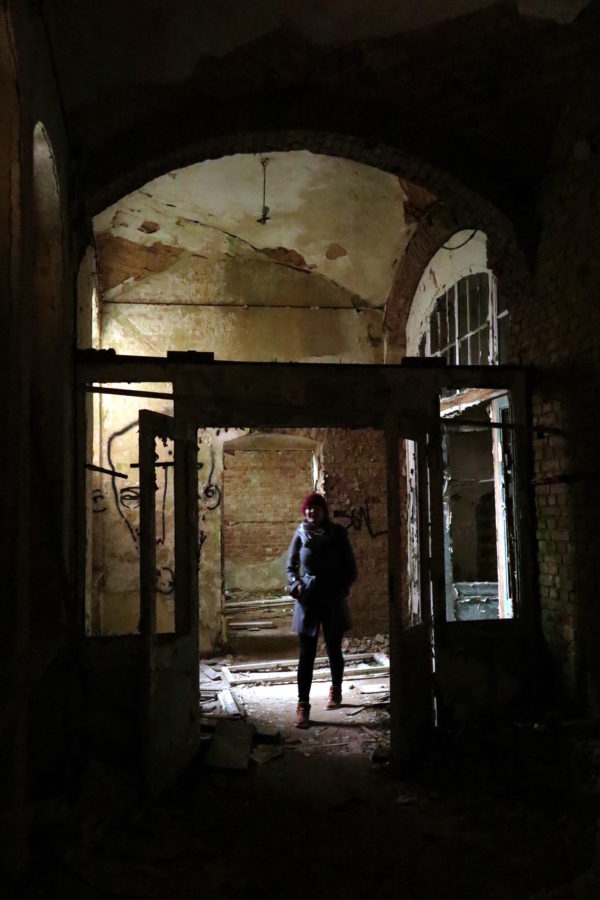 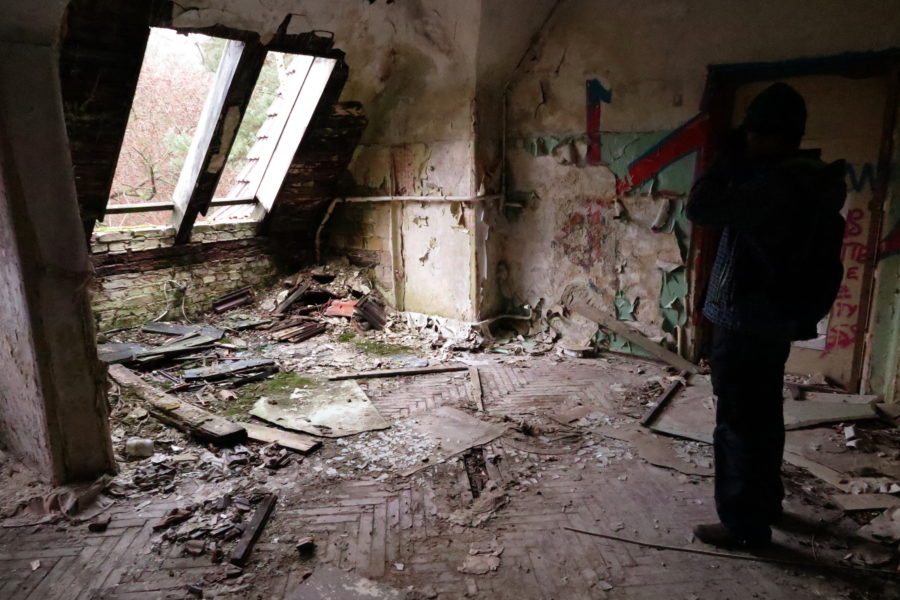 Robinson taking a photo through an upstairs window

We were told that we wouldn’t be able to go in as the area was blocked off and not open to individuals. But we just kept walking on into the grounds expecting to see a sign or fence indicating where we weren’t allowed, but never saw anything of the sort.