In case anyone wasn’t already aware, I’m somewhat obsessed with a piece of software called “WordPress”. My occupation now revolves around WordPress and I voluntarily let it suck up an inordinate amount of my time. I attended a conference called “WordCamp Edinburgh”, which is by far the biggest WordPress conference I’ve ever attended.

I met in person many people who I had only known in the online world for many years. It was amusing asking people what differences they perceived between the “real me” and the “virtual me”. Apparently I am much taller in person than they expected. Having the only video footage of you online be of you standing beside a giant does not help with such perceptions it seems 😉

It was particularly great to finally meet the co-founder of WordPress Mike Little, who it turns out is one of the most modest down to earth people I have ever met.

WordPress founder Mike Little and yours truly outside the conference venue 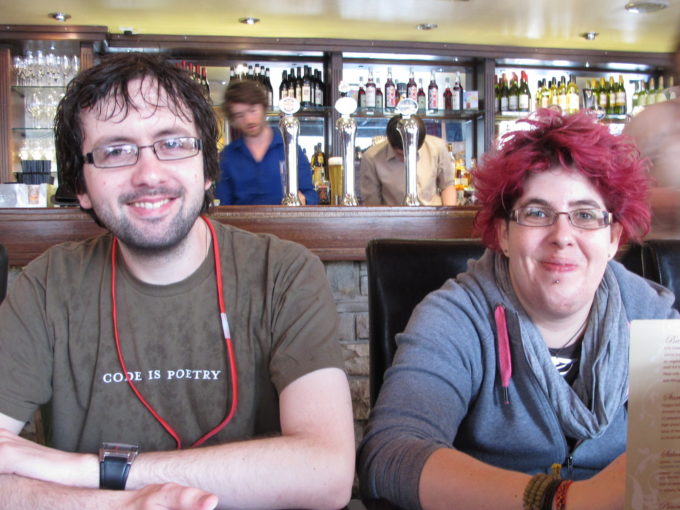 Me presenting our talk 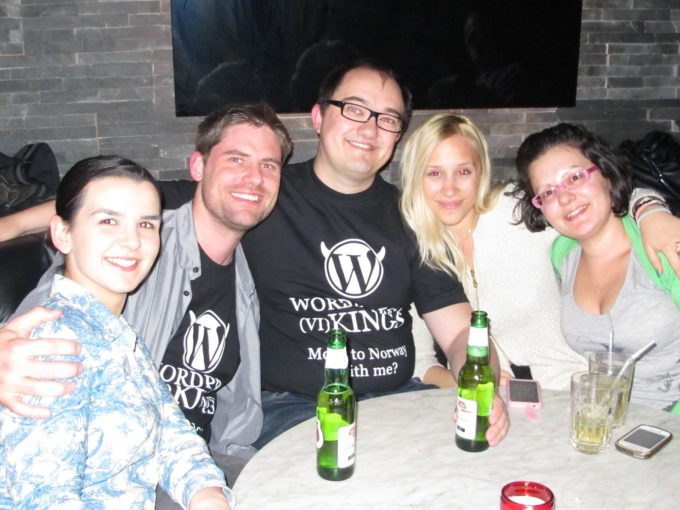 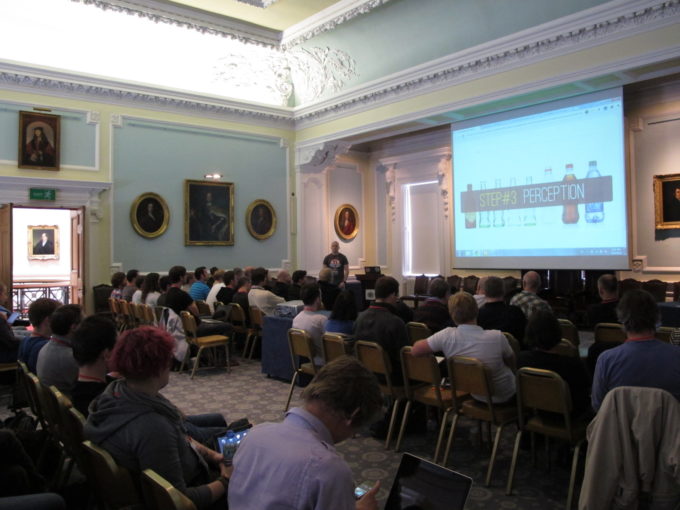 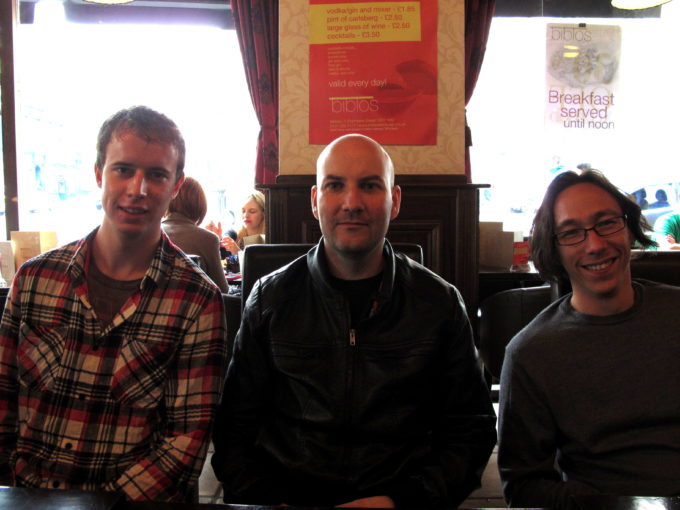 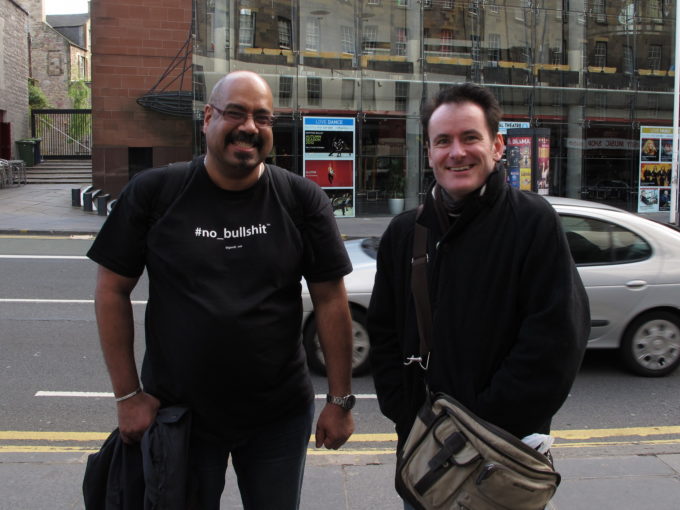 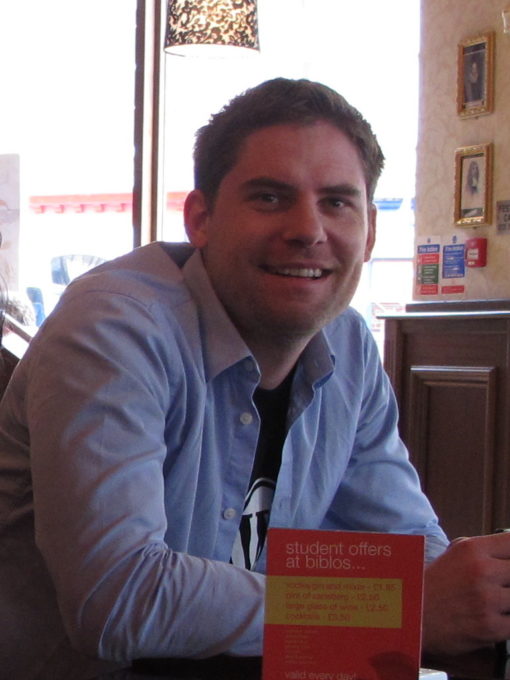